Ume Aoki is a Japanese manga artist from Hyougo Prefecture in Japan. She is best known for the manga seriesSunshine Sketch, which has been adapted into numerous animated series. She is also the character designer for the hit anime Puella Magi Madoka Magica, the manga of which is available in English from Yen Press. 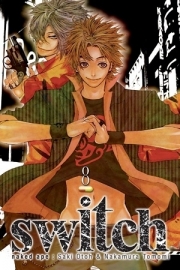