Takahiro Seguchi has been drawing manga for nearly a decade. He made his debut in Akita Shoten's Shonen Champion magazine with OYAMA! Gikusuke upon graduating from Oita University in Fukuyama. Since then he has penned a number of series, some of which detail the lives of people from Japan's far south. Seguchi has drawn over twelve comics since 1996, with his work EnMusu being his English debut in 2004. He is currently best known for his work on the cult-hit ORETAMA. 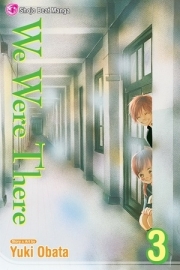 We Were There, Volume 3