The Flowers of Evil Vol.1 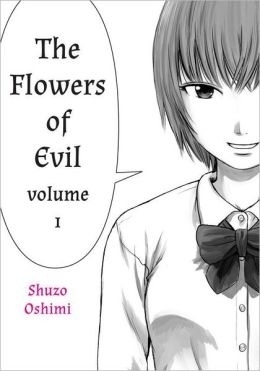 Takao Kasuga is a bookworm. And his favorite book right now is Baudelaire`s Flowers of Evil. While the young man may often be seen lost in thought as he rabidly consumes page after page, Takao is not much of a student. Actually when we are first introduced to the middle school teen, we find him sneaking some reading as he receives and F on a recent language exam.

Nakagawa is known as the class bully. When she is not receiving zeros she is usually muttering profanities to those around her. While she doesn`t care for books or their readers, she does have a thing for troublemakers. Takao may not be one, but having read over his shoulder a few times, she knows he is not very innocent. If anything he is bored and aware of it.

Together, by chance, they shake up their entire rural community as Takao tries to break out of his shell in a random moment of passion and affection...not directed towards Nakamura. And contrary to Takao`s predictions, the girl he was falling for, Nanako Saeki, responds by eventually accepting the bibliophile for who he is. Or at least, who she thinks he is.

And therein lies the conflict. Takao is not a hero. He is not trouble-maker, either. He is a regular teen who through equal moments of cowardice and chivalry takes a long step towards adulthood as he desperately tries to cover up a dark secret. Takao Kusuga has stolen an item precious to someone he is attracted to, and if he doesn`t form a "contract" with his new best friend, she is going to tell. 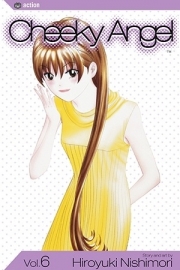